Princeton has a New Mayor in Town 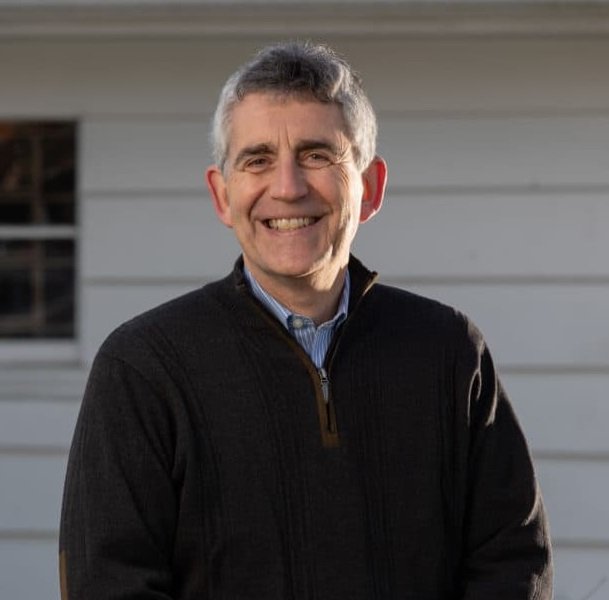 Mark Freda has one goal as Mayor of Princeton – to make things easier for everyone that lives here. And he means it. As a lifelong Princeton resident, Freda knows this town and many of the people that live here. If he doesn’t know you yet, he wants to. And he intends to do what he can to listen, learn and be productive.

That was Freda’s mantra during his campaign, to truly listen then act. Though he ran unopposed in both the primary and general elections, he campaigned to win.

“Throughout the campaign, I never took for granted there was no one running against me. The last thing I would want is for someone to think I could coast,” explains Freda. “I was attending BCC (Boards, Committees and Commissions) meetings like crazy and every other week I held Facebook live sessions. Anyone and everyone that contacted me, I met by Zoom or socially distanced, I took full advantage of that every time. So even though there was no one else there, I worked just as hard as if someone was running against me.”

Now in the mayoral seat for over a month, Freda is working to ensure solid municipal government infrastructure is all in place, so they can go forward with their full agenda. After eight years with Mayor Liz Lempert, the staff and other elected officials need to get to know Freda, so they can move forward with trust.

“As much as I could tell all of them here’s the type of guy I am – I’m open and honest – they need to see me do that enough times to know I’m telling the truth. I don’t know all the staff, so people still need to figure me out,” Freda admits.

With COVID affecting how many staff members can be in each day and many meetings taking place via Zoom, the relationships are taking a bit more time to develop. But Freda feels confident he has a strong team that will accomplish a lot.

Most pressing is COVID, the vaccine and the fallout the pandemic has had on local businesses and residents. Freda says Princeton’s Health Officer, Jeff Grosser, has been working tirelessly with the Mercer County Health Officers Association and together they have worked out processes to smoothly administer the vaccines. Princeton had been dispensing any available vaccines since mid-January. The problem is access. As New Jersey has only been getting 100,000 doses, which it then must divide amongst 21 counties, hospitals and long-term care facilities, it is currently halting distribution to local towns (CVS Princeton is now receiving doses directly from the Federal government as well). Once it becomes available again and distribution increases, Princeton is poised to give 1,000 doses each week.

Freda, the Council and municipal staff are in constant contact and communication with area non-profits to assist residents and with businesses to understand their needs during the pandemic. There are limited things local government can do, but they are staying involved to try and find solutions.

“Anyone that walks around can see stores that have or are closing. Going forward we need to look at things like, what are the processes it takes to open a new business, can we streamline and make it easier?” shares Freda. “It’s going to be an ongoing thing, where every day we have to pay attention and find ways we can assist.”

Creating the StrEATery on Witherspoon Street is one way. Just before Lempert’s term ended, the concept to keep the one-way traffic flow in place was approved. But a final design has not been made and Freda aims to find the best compromise between those that it will help and those it may hurt.

The elected officials are looking at the traffic study to see the impact on the neighboring area and gathering other information as they proceed.

Still moving forward is the Princeton Newsletter/COVID-19 Update. The multi-week Mayor’s email started by Mayor Lempert to keep residents informed about COVID-related topics and has continued under Mayor Freda. But, unlike Lempert, Freda doesn’t have experience as a writer and the newsletter has expanded to include other municipal-wide information. To allow the Mayor and Council to focus on business, the newsletter will now be compiled by an outside professional, with their input. The goal is to also include essential information from the county and Governor, so the public has one complete source to refer to, even once COVID is gone.

In the middle of our interview, Mark Freda’s radio went off with an emergency alert. Turns out, Princeton’s Mayor still holds his fulltime job at Princeton First Aid and Rescue Squad and remains a volunteer firefighter. This explains a little about who Freda is. He started his municipal involvement volunteering with the squads in the 1970s.

Today he works from early morning until late at night to balance both. It helps him understand other agencies, too, and the essential need to work together. While campaigning, Freda promised to work with Mercer County officials and the Princeton Schools to spend money smarter and reiterated this vow at his swearing in.

“For a number of months before I came here, I tried to jump on (Freeholder) meetings and tried to jump in on other things individual County Commissioners have had. I’ve been on calls with the County Executive, trying to promote and improve the relationship. Trying to show up as much as I can and then from there…because you can’t just show up and bang on door to get something.,” Freda explains.

To start, he hopes to fully utilize all the county services we can, take advantage of its ability to do roadwork and see if it can help with emergency radio coverage in our area. The ultimate goal with the county and with schools is to not duplicate services and maximize the efficiency of what’s being done.

“With the schools, there’s a Council liaison to school, & a school liaison to Council. That group will have discussions and talk about whether there are things one or the other could do to help each other. At some point we need to talk about physical facilities, playing fields and parks and who does what and leverage them to meet needs of both schools and community.”

For our community, Freda is also working to advance the hiring of more diverse staff. The Human Services department and Civil Rights Commission have been in discussions, developing ideas to move forward with an Equity Tool Kit. Mayor Lempert expanded job posting efforts to include the African American Chamber of Commerce and the National Forum for Black Public Administrators and Mayor Freda is continuing that advancement with the current search for Municipal Administrator, to ensure they reach minority candidates.

“Let’s do the right things in our everyday activities, when opening up positions and otherwise, to make sure our practices have us giving an opportunity to everyone out there,” he says.

Freda, a Democrat, is working alongside a Council made up of six Democrats. There was not a Republican in the race for Mayor or Council this year. In national news, there has been a lot about the disparity between the two parties, but when working in local government, the Mayor says it’s not the same.

“Once you’re elected, you’re elected to represent everyone,” Freda believes. “At a local level, that should be so easy to do because 98% of the things that come up are not political. Whether someone is Democrat, Republican or Independent should never even be a consideration.”

Prior to this position, Freda has worn many hats in local government. He sat for 13 years on Borough Council, volunteered on the Public Works Committee and Planning Board and was the Township’s first Director of Emergency Services.

“I’ve lived in town my entire life and get out and about a bit,” says Freda. “Before the Democrats were in for decades and decades, Republicans were in.”

Whatever your party affiliation, Mayor Freda vows to continue listening. When campaigning, Freda admitted he’s not an expert on every topic and professed the importance of listening to those that know more than him. Now, in office, he also sees his staff as essential to this agenda.

“We have staff that have, in many cases, been sitting in their seats a long time. Their experience and knowledge are critical,” Freda states.

Council has a full plate for 2021. Freda aims to help them work through it, to accomplish and address things as quickly as possible.