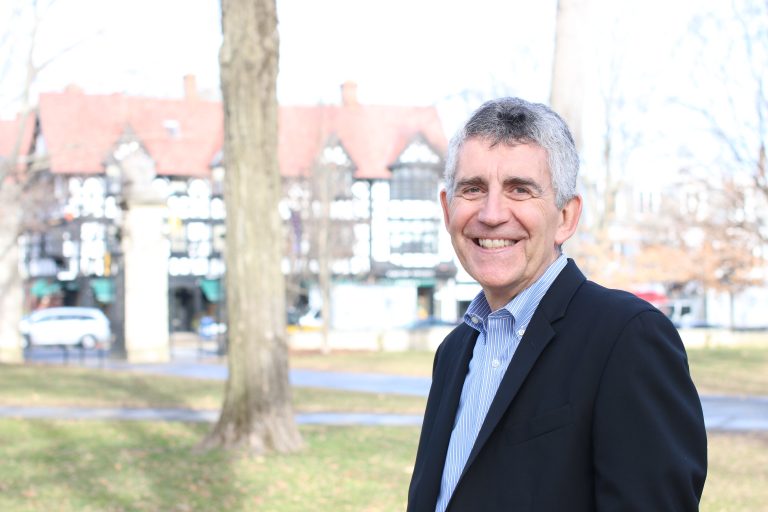 Mark Freda, a lifelong Princeton resident and former Princeton Borough Council member, was sworn into office as the second mayor of the Municipality of Princeton at the Princeton Council’s annual reorganization meeting Jan. 4.

Princeton Council members David Cohen and Leticia Fraga also were sworn into office for their second, three-year terms on the council. Both are Democrats.

Cohen was sworn into office by retired N.J. Superior Court Judge Philip Carchman, and the oath of office was administered to Fraga by Councilman Dwaine Williamson, who is an attorney.

In his inaugural remarks as mayor, Freda thanked his family, campaign committee and supporters for helping him to achieve his goal. He thanked Lempert and the Princeton Council for helping him to prepare for his new role as mayor.

“Where do we go from here? What is next? There are many issues for us ahead, including COVID and all of its impacts on our community. These impacts will most likely persist for years,” Freda said.

Looking to the future, Freda said that “we will build on the lessons learned this past year – the need to communicate often and in clear detail (and) the need to share information at the elected official level, the town staff level and, of course, with our residents.”

The past year has pointed to the need for a consistent and ongoing effort to support everyone in the community, to create partnerships and to question the way things have been done “as we look to improve services and how they are delivered” – all within a reasonable municipal budget, he said.

“We need to address how to maintain and create opportunities for people at all economic levels to stay in our town. We need to continue to address the realities of a world that is not fair and just to all,” Freda said.

“We need to address how to maintain and create opportunities for people at all economic levels to stay in our town. We need to continue to address the realities of a world that is not fair and just to all,” he said.

The town also must look to grow the businesses in the community, to create job opportunities and to help grow the tax base, Freda said.

It will also be necessary to work with the Princeton Public Schools and Mercer County government on shared services by “leveraging” each other’s abilities, since the school district and the county combined account for 79% of a property owner’s tax bill, he said.

Those objectives can be accomplished by working together and listening to each other, Freda said. There may be difficult or awkward discussions sometimes and there may be disagreements, but the free exchange of thoughts and ideas at public meetings is the “lifeblood of a true democracy,” Freda said.

Freda paused to praise everyone in town – from municipal staff to elected officials, Princeton University, the Princeton Public Schools, businesses and first responders – who worked together to provide food, rental assistance and holiday gifts for residents in need.

Fraga said she was honored to serve as the Princeton Council president. Fraga, whose family immigrated to the United States from Mexico when she was a child, said she “never dared to dream” that she would be in this position.

“This day belongs to my parents,” Fraga said. They provided opportunities for her and her siblings, which have extended to their children and grandchildren, she said. She pledged to work hard to ensure that others may be given the same opportunities.

“Words can’t express how momentous this occasion is, not just for myself, but for my family,” Fraga said.

In his remarks as a newly sworn-in councilman, Cohen thanked the residents who have pushed him to do better on the Princeton Council – even as he jokingly said that it sometimes gives him heartburn.

“I feel blessed to live in a town with so many engaged and energetic citizens, all of whom know with absolute certainty what is best for Princeton,” Cohen said. It pushes him to achieve the best results, he said.

“When we engage in disputes for the sake of a better Princeton, I firmly believe that the ultimate results will inevitably be improved,” Cohen said.

But departing from the usual practice of making individual remarks, the six members – David Cohen, Leticia Fraga, Eve Niedergang, Michelle Pirone Lambros, Mia Sacks and Dwaine Williamson – issued a joint statement that constituted a look back to 2020 – “a year like no other,” they said.

The COVID-19 pandemic’s impact reverberated across the town and its government – from closing the municipal offices to the public to reconfiguring the Central Business District to help businesses and restaurants survive through the creation of outdoor dining spaces. Retail businesses received grants to cover COVID-related expenses.

Princeton also settled the lawsuit filed against it by the Fair Share Housing Center over its alleged failure to provide its fair share of affordable housing. In short order, the town adopted a series of ordinances and resolutions that identified areas of the town for the construction of affordable housing; an affirmative marketing plan for those units; and a spending plan.

The council also adopted an energy aggregation plan that provides residents with more sustainable energy at a lower cost; passed an ordinance to allow residents to keep chickens in their backyard; and began work on an electric vehicle charging ordinance.

The town also reached an agreement with Princeton University that extends the university’s voluntary payment arrangement for two more years, to include an annual 4% increase in the contribution and substantial support for the Princeton Fire Department’s paid firefighters.